Roger is a Professor of History at the University of Colorado and holds a Ph.D. in medieval European history and global medieval history from the University of Texas at Austin and a Master of Public Policy from the University of California-Berkeley. His monograph, Creating Conversos: The Carvajal-Santa María Family in Early Modern Spain (2018), is published by the University of Notre Dame Press. In Creating Conversos, he unravels the complex story of Jews who converted to Catholicism in Spain between the fourteenth and sixteenth centuries, migrated to colonial Mexico and Bolivia during the conquest of the Americas, and assumed prominent church and government positions. Rather than acting as alienated and marginalized subjects, the conversos were able to craft new identities and strategies not just for survival but for prospering in the most adverse circumstances. 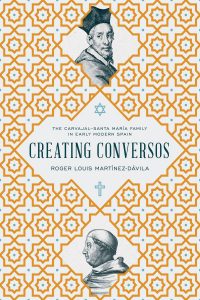 His latest scholarships centers around the regeneration of medieval worlds using immersive reality technologies. Theoretically, he is defining a new field of research – L’école des Annales Électronique – which revitalizes the early 20th century French Annales School of History by employing digital tools and processes to better understand the “totality” of communities. Efforts to develop this field are materializing with the awarding of 2021-2023 National Endowment for the Humanities grant. Specifically, he and a colleague, Dr. Lynn Ramey of Vanderbilt University, developed an Institute for Advanced Topics in the Digital Humanities titled, the Immersive Global Middle Ages, which empowers traditional faculty, museum specialists, and cultural creators to create their own digital virtual reality worlds that reveal the Middle Ages through different religious and cultural lenses. Martinez-Davila is now using this approach to re-create long-lost and destroyed Spanish synagogues and Jewish quarters to evaluate and better understand medieval Jewish communal life.

Presently, from 2018 to 2021, Roger and an interdisciplinary team of scholars are launching Augmented Reflections: Experiencing the Interchange of Plains Indians and Spaniards in Southern Colorado, 1500-1850 CE. Our endeavor reshapes interpretation, understanding, and knowledge by generating virtual reality (VR) and augmented reality worlds (AR, interactive digital projections placed over the real world). We create a methodological interpretive digital experience that places participants within a narrative of Plains Indian life, Indian-Spanish interchange, and the Spanish-Indian (Hispano) settlement of southern Colorado. Akin to a three act drama, our project grants the public and researchers a chance to observe, evaluate, and reflect upon the cultural transformation of southern Colorado from the 16th-19th centuries.

Roger served as a Marie Curie Fellow (2015-2018) and continues to implement his European Commission research project, Global Citizen Scholars: Energizing English and Spanish- Speaking Humanists to Advance KÑowledge and Act (GCS – EESSPHAÑA), at the Universidad de Carlos III de Madrid. GCS is a global research, educational, and social engineering endeavor that employs MOOCs to teach medieval Spanish history as well as train tens of thousands of students to perform original transcription of medieval manuscripts from Spanish archival collections. This initiative continues at the Deciphering Secrets project website. Roger offers MOOCs on the www.coursera.org platform via his University of Colorado affiliation.

His exploration of issues of religious co-existence extends in the realm of public history. Specifically, he served as a Guest Curator for The New Mexico History Museum in Santa Fe, New Mexico, which is the official state history museum located in the historic Palace of the Governors. 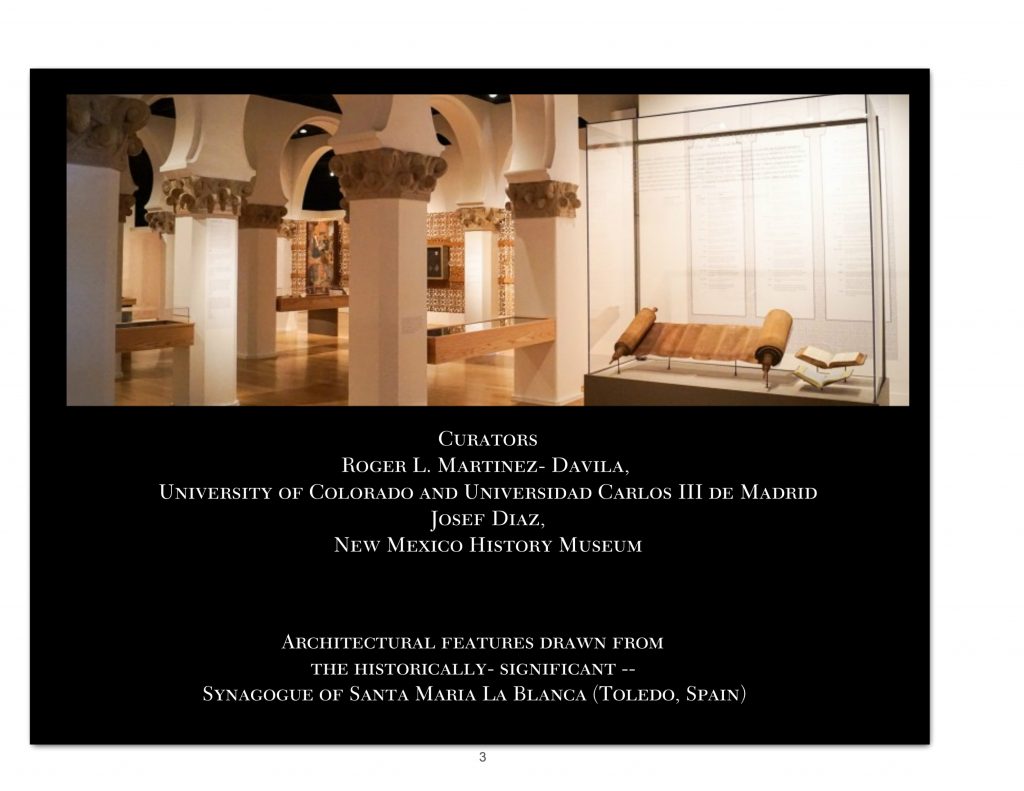 As co-curator of Fractured Faiths: Spanish Judaism, The Inquisition, and New World Identities, which opened May 22, 2016 (through Dec. 31, 2016), he identified, researched, and selected 150+ objects and art works for inclusion in the $600,000 USD exhibition, as well as coauthored the majority of the museum exhibition’s narrative and object labels. The exhibit was logistically challenging as we loaned objects from over twenty-five institutions and private collectors in Spain, Mexico, and the United States, including the Museo Sefardi (Toledo, Spain); Biblioteca Nacional de España; the Archivo General de la Nacion (Mexico City); the Museo Franz Meyer (Mexico City); the Hispanic Society of America (NY); the Jewish Museum of New York; and the Bancroft Library (Berkeley). In addition, he co-edited and authored the exhibition catalogue that includes an introductory essay, five scholarly papers, and a discussion of the principal objects included in the exhibit. The exhibition received positive reviews in the Albuquerque Journal and the Santa Fe New Mexican; over six-hundred persons attended the member opening on May 21, 2016.

In 2014, he created and co-directs the Revealing Cooperation and Conflict Project, which evaluates inter-religious relations in medieval Spain. The RCCP team of scholars from Spain, Switzerland, and the USA invigorates the humanities and public’s imagination by creating visually-compelling, data-robust, and historically-lush digital worlds like our Unity-based collaborative work, Virtual Plasencia (and our digital narration, “La Mota: A Christian Assumes Ownership over Jewish Homes, circa 1416”.