The “Not So” Dark Middle Ages: How Science and Technology Advanced European Civilization (600-1500 CE) 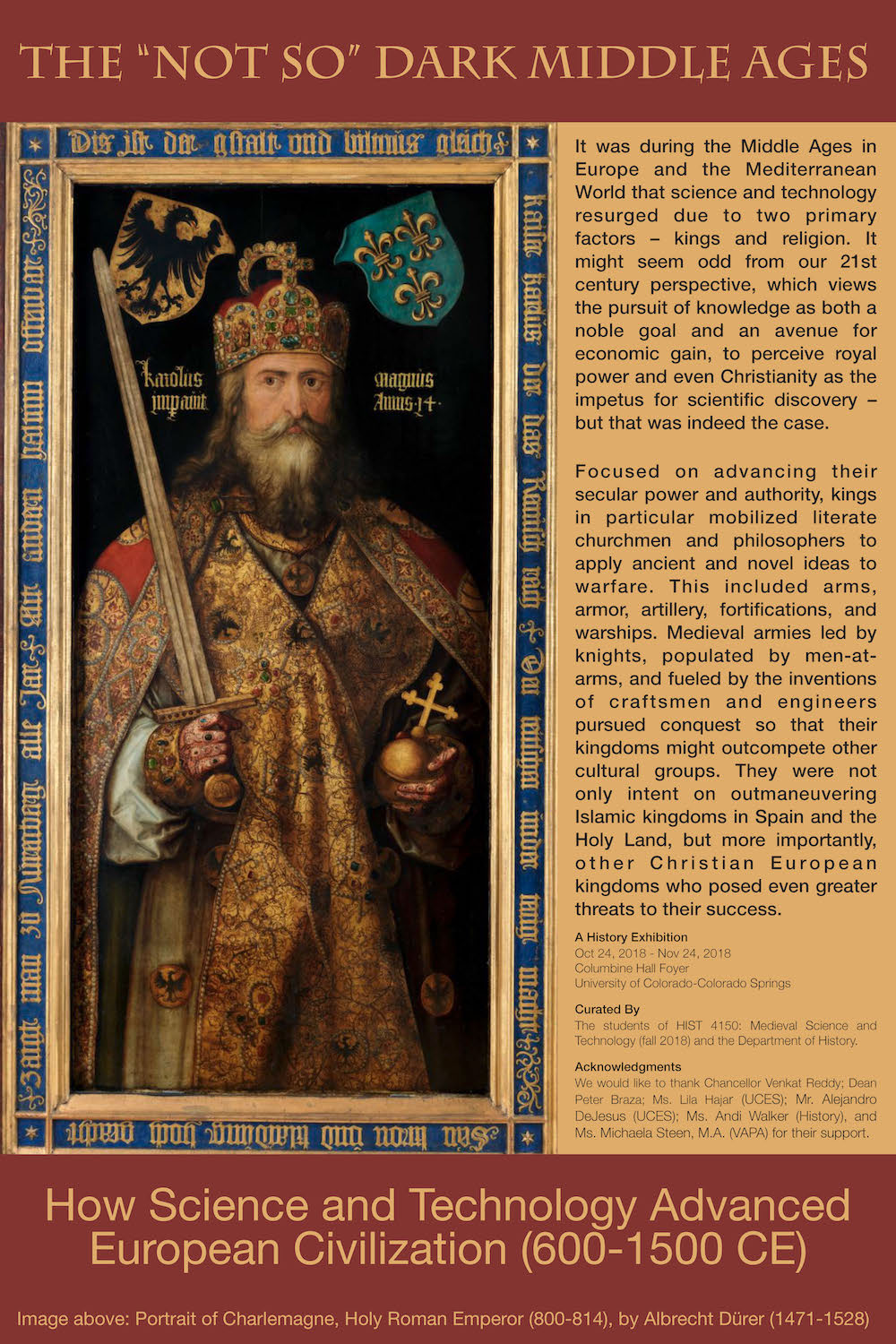 The “Not So” Dark Middle Ages: How Science and Technology Advanced European Civilization (600-1500 CE)

A History Exhibition
Oct 24, 2018 – Nov 24, 2018
Columbine Hall Foyer
University of Colorado-Colorado Springs
Curated By the students of HIST 4150: Medieval Science and Technology (fall 2018) and the Department of History.

It was during the Middle Ages in Europe and the Mediterranean World that science and technology resurged due to two primary factors – kings and religion. It might seem odd from our 21st century perspective, which views the pursuit of knowledge as both a noble goal and an avenue for economic gain, to perceive royal power and even Christianity as the impetus for scientific discovery – but that was indeed the case. Focused on advancing their secular power and authority, kings in particular mobilized literate churchmen and philosophers to apply ancient and novel ideas to warfare. This included arms, armor, artillery, fortifications, and warships. Medieval armies led by knights, populated by men-at-arms, and fueled by the inventions of craftsmen and engineers pursued conquest so that their kingdoms might outcompete other cultural groups. They were not only intent on outmaneuvering Islamic kingdoms in Spain and the Holy Land, but more importantly, other Christian European  kingdoms who posed even greater threats to their success.

[:]
Next
Augmented Reflections of History, Culture, and Environment: Experiencing the Interchange of the Plains Indians and Spaniards in Southern Colorado, 1500-1800 CE