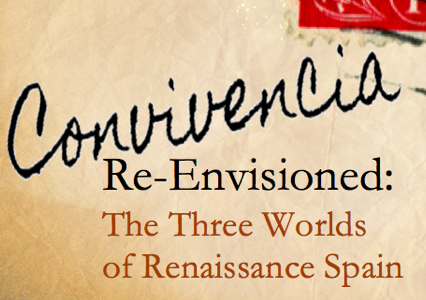 Experience the performance of medieval Sephardic, Islamic, and Christian music of Spain — AND — digital video narratives telling the history of the multi-faith community of Plasencia!

Convivencia means coexistence, and in our season opener we explore many of the cross-cultural ties and themes that connect the three great cultures of early Spain: Muslim, Jewish, and Christian. The music we examine will focus on the intersecting issues of life among the three cultures: love, dance, food & drink, dreams, secrets, and even on the war that brought the Iberian peninsula to turmoil for all three cultures at the end of the 15th century.

The swirling, sensuous rhythms and exotic scales of Arabo-Andalusian and Sephardic music and the deeply felt, yet often humorously boisterous polyphonic works of the Spanish masters will be performed by almost thirty musicians, including vocalists and instrumentalists playing replicas of period instruments. The concert experience will be enhanced with a novel 3D video visualization of the medieval Spanish city of Plasencia, directed by Dr. Roger L. Martínez-Dávila, a scholar of inter-religious coexistence in medieval Spain, currently serving as an assistant professor of history at the University of Colorado and a CONEX research fellow at the University Carlos III de Madrid. Join Dr. Martínez-Dávila for a brief (30-minute), pre-concert lecture an hour before each performance!

View Video Snippet #1 from the performance at Temple Beth Shalom

View Video Snippet #2 from the performance at Temple Beth Shalom

View the digital narration “Virtual Plasencia” that was performed at the event:

View the digital narration “La Mota” that was performed at the event: 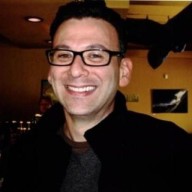